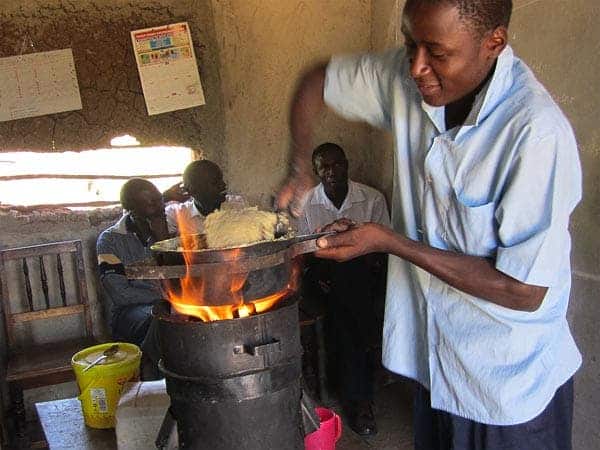 Cookstoves are common in many parts of the world, from Europe (mostly Eastern Europe) to Africa and the Americas. The picture above illustrates a family using such a device in western Kenya. At the same time, Gloria Torress Buitrago, a member of the Amburi indigenous community in southern Costa Rica has the same problem:

“It was hard to look around and just breathe without feeling the smoke burning the eyes or throat,” Buitrago said; one of her cousins is suffering from asthma, and the entire family is suffering more or less from respiratory conditions.

It’s estimated that half of the people in the world, over 3 billion people, use this kind of cookstoves! They virtually always cause some problems, problems which can vary from unpleasant to life threatening. A new, cleaner, but still cheap type of cookstove could do wonders for users’ health, but it can do even more – it can clean the air and enrich the soil. How so? The answer is simple: biochar.

Biochar is a a name for charcoal when it is used for particular purposes, especially as a soil amendment. Like all charcoal, biochar is created by pyrolysis of biomass – mostly wood. Biochar can not only contribute and improve mineral depleted (or just poor soil), but it can also fight global warming and clean up the air, by basically storing CO2. 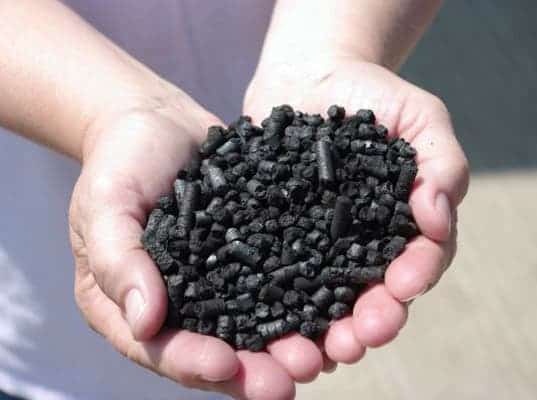 “[Women] reported that the reduction of smoke in the house decreased irritation of their and their children’s eyes, runny noses, coughing, chest discomfort, and difficulties in breathing, along with cost savings due to fewer hospital visits,” Shaban said in an email.

But the hook here is the biochar; households can make $15-20 per month by selling the biochar produced by their cookstoves to several companies who are interested in buying this resource. It may not seem like much, but if you’re living in Kenya, the odds are it is. The biochar is used in research and studies, as well as in cacao farms, large organic nurseries, and garden projects.

“All the applications made of biochar increased total soil carbon amounts, as well as soil organic matter, gains which were stable even after one year of implementation,” Hojah da Silva said. “These gains are expected to be a persistent beneficial long-term effect.” SeaChar will continue to study the effects of biochar on soil in the coming year, Donnelly said.