Remember how a few days ago we wrote about the massive mud plume that hit the Great Coral Reef in Australia? Well, there’s another one headed for it — except this one will come directly from the port. 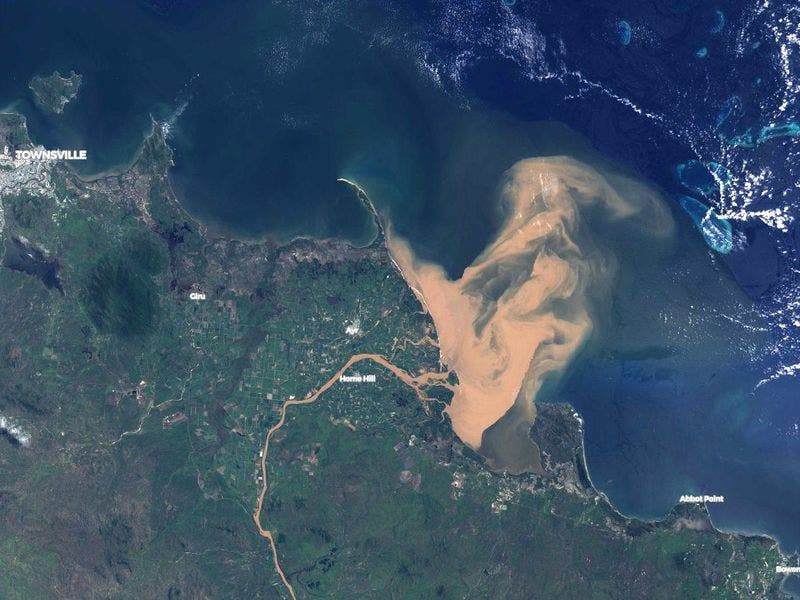 A plume of sediment off the coast of Queensland after recent flooding. Image credits: NASA.

Despite strict regulation against dumping things in and around the reef, port authorities have found a loophole: the law doesn’t apply to dredging spoils. The Great Barrier Reef Marine Park Authority (GBRMPA) has already given the go-ahead to the Port of Hay Point, home to one of the world’s largest coal loading facilities, to spill up to one million tons of sediment around the reef.

The North Queensland Bulk Ports Corporation, which operates the port at Hay Point, argued in a statement that all the spillage would occur at 100 km away from the reef waters, and will cause minimal damage. However, they agree that the home is area to “coral communities [..] and coastal habitats including mangroves”, as well as “a number of protected fauna species [..] including marine turtles, whales, dolphins, dugong, migratory shorebirds and the Water Mouse,” but argue that the area “does not provide critical habitat for any protected marine species.”

“Risks to sensitive habitats such coral communities are predicted to be low to negligible as they lie outside of area expected to have altered turbidity and sedimentation.”

However, environmentalists and researchers say this only adds insult to injury, and places the already struggling reef at even more risk.

“The last thing the reef needs is more sludge dumped on it, after being slammed by the floods recently,” Australia Green Party senator Larissa Waters, who hopes to get the permit revoked, tells Smee. “One million tonnes of dumping dredged sludge into world heritage waters treats our reef like a rubbish tip.”

Dr. Simon Boxall from the National Oceanography Centre Southampton echoed similar concerns, saying that it will be difficult to carry out the operation in a way that does little damage to corals. If the material gets too close to the reef, it can smother the corals, and even at large distances, trace metals and other chemicals can still have a damaging effect on the corals.

“If it’s put into shallow water it will smother sea life,” he told the BBC. “It’s important they get it right. It’ll cost more money but that’s not the environment’s problem – that’s the port authorities’ problem.”

Corals, and the Great Barrier Reef, in particular, are under massive threat from rising temperatures and bleaching effects. Studies have also shown that human activity is one of the main reasons why the reef is in decline..