As if snakes weren’t good enough as predators — they can also team up for even better results. 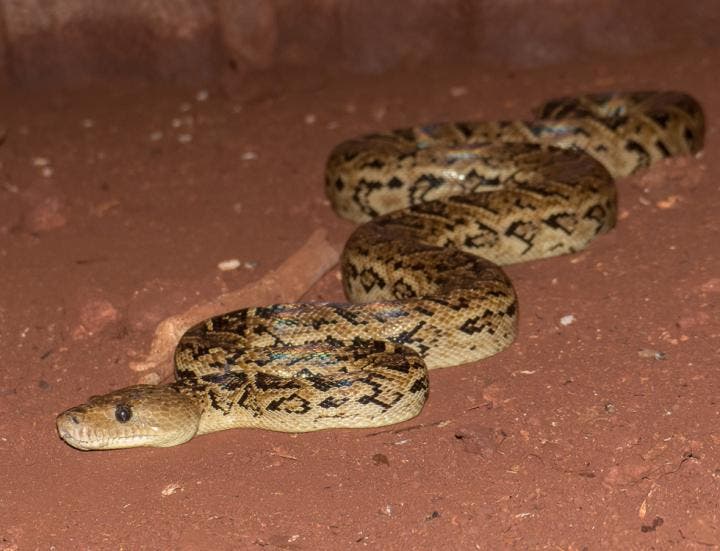 Although snakes are as social as birds or mammals, hunting is usually a one-snake job. Although they do sometimes (very rarely) hunt in groups, coordination and cooperating in snake hunting have never been demonstrated before. Now, Vladimir Dinets, a research assistant professor of psychology at UT, observed the Cuban boa (Chilabothrus angulifer) doing just that, significantly increasing its success rate.

Writing in the journal Animal Behavior and Cognition, he describes how boas hang down from the ceiling of the cave entrance filled with bats. They patiently wait for their prey and then attempt to catch the bats mid-air. Sometimes they’re successful, but sometimes they’ll return without a catch. But when they hunt in a group, they’re always successful.

The key for the group is to create a curtain-like structure at the entrance of the cave, so that bats can’t safely fly anywhere without coming close to a snake. Basically, if one or a few snakes hunt at the cave entrance, bats can simply go around them, and the snakes’ success rate drops. But if there’s enough of them, there are no safe spots. They share the spoils and each snake only takes one bat.

This may be a unique behavior, but there’s also a good chance that many other snakes hunt together. Out of the world’s 3,650 snake species, we’ve only observed the hunting habits of few of them, and much of what snakes do remains a mystery to us.

“It is possible that coordinated hunting is not uncommon among snakes, but it will take a lot of very patient field research to find out,” Dinets said.

Dinets also raises a big alarm flag, saying that Cuban boas are becoming harder and harder to find. For starters, they’re now only found in the most remote caves, which is natural, but they’re also being increasingly hunted for food and pet trade. Cuban wildlife, in general, is expected to undergo a critical period as the country slowly opens up to the rest of the world and external pressures will also increase.

“I suspect that if their numbers in a cave fall, they can’t hunt in groups anymore and might die out even if some of them don’t get caught by hunters,” Dinets said. “A few of these caves are in national parks, but there’s a lot of poaching everywhere.”

Vladimir Dinets has been very active in the study and description of reptiles, helping disprove many of the wrong stereotypes surrounding these animals. In a previous guest post for ZME Science, Dinets dispelled the most common crocodile myths. Crocs and alligators are extremely intelligent, social, playful, and even funny, contrary to what most people believe.

5 thoughts on ““A curtain of snakes” — for the first time, scientists confirm snakes can hunt in packs”