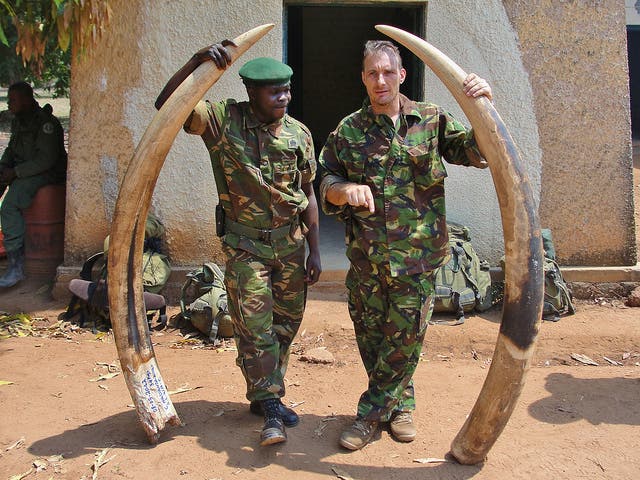 Just yesterday we were writing that African park rangers risk their life on a day-to-day basis to protect animals in natural parks, and now this tragedy was reported – and this happens. Armed poachers entered the UNESCO world heritage site, opening fire on the park rangers. Dimba Richard, Anigobe Bagare, and Matikuli Tsago were killed in the firefight, while park manager Erik Mararv, 30, and ranger Kenisa Adrobiago are in the hospital, but stable. U.S. forces in the area evacuated the others, but couldn’t save the three rangers.

‘We are devastated by this latest loss. Rangers put their lives on the line each and every day, and are under real siege in Garamba protecting elephants from heavily incentivized and militarized poaching gangs who threaten the very survival of humans and wildlife alike’ African Parks chief executive Peter Fearnhead said in a statement.

If you’re wondering why people did this, the answer is simple: ivory. Some 30,000 elephants are killed every year to supply ivory to the black markets in Asia, especially China. Elephant numbers have dropped by 60% in the past decade alone, and if the trend continues, there’s a definite change they will go extinct in the near future.

Unfortunately, protecting these majestic creatures in their natural habitat is extremely different and African countries don’t have a particularly good infrastructure for this. Brave men and women risk their life every day, but sometimes this simply isn’t enough. They are understaffed and underequipped, fighting a growing number of poachers equipped with weapons.

“Rangers put their lives on the line each and every day, and are under real siege in Garamba protecting elephants from heavily incentivized and militarized poaching gangs,” African Parks chief executive Peter Fearnhead said in a statement.

Without massive outside investments, there is no solution in sight.