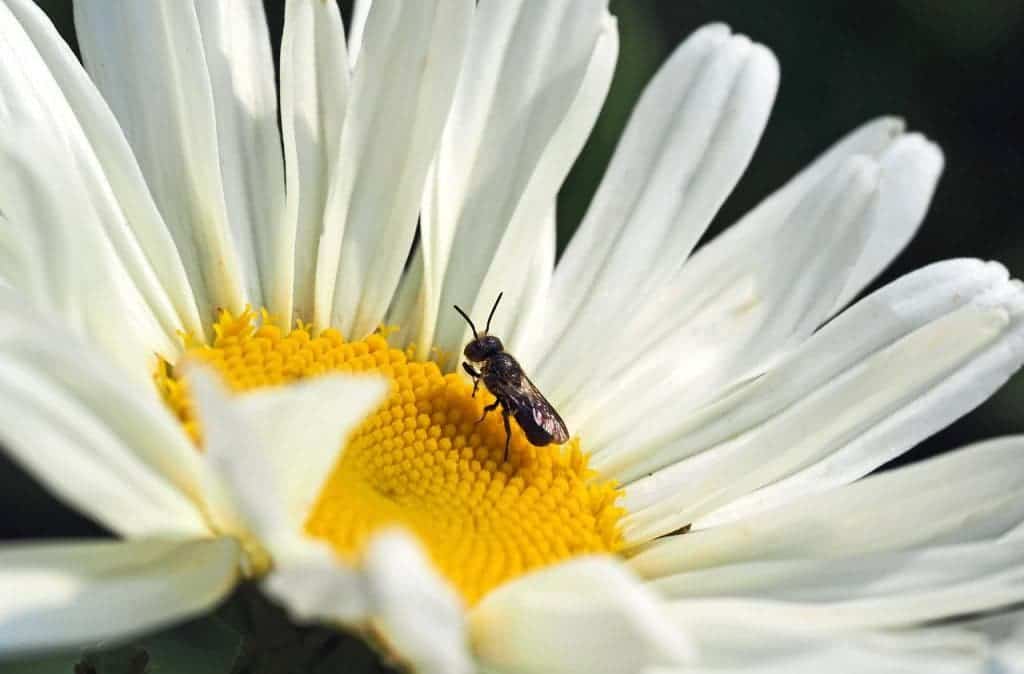 Multiple investigations have linked a class of widely used pesticides called neonicotinoids with colony collapse disorder (CCD). Due to CCD, there are now only half as many honey-producing hives in the United States than there were in 1980. The situation for wild bees, which are the most important pollinators, thus vital elements of the ecosystem and the global food supply, is very similar. Now, the largest study of its kind analyzed bee populations over the last 18 years in the United Kingdom and found indeed that the neonicotinoids are wrecking havoc.

The time span involved in analyzing the data is really important here because it allowed Ben Woodcock, an ecological entomologist at the Centre for Ecology and Hydrology in the U.K., to study the impact of neonicotinoids before these were introduced in the country in 2002. Another clever thing Woodcock and his colleagues did was to study wild bees that forage on pesticide treated rapeseed crops — a crop used to make canola oil which turns the countryside into a sea of yellow once they bloom. What makes rapeseed ideal for this sort of study is that some species enjoy foraging the plants, while others — among the 250 wild bee species in the UK and the 2,500 in the US — stay away.

So, the way the researchers designed their study provided both a baseline (measurements pre-2002), as well as a control to see the kind of influence these pesticides have on colony collapse disorder– a peculiar phenomenon that occurs when most bees leave the hive never to return, leaving behind the queen and some nursing bees.

All of this data, including plots of land known to harbor certain wild bee species, was incorporated into a model. This model didn’t allow the researchers to tell if the number of individual bees on a plot of land increased or decreased, but rather which species vanished or not. This might sound crude, but for the purpose of studying CCD, which can be as unforgiving as the capital punishment, this ought to be enough.

“The negative effects that have been reported previously do scale up to long-term, large-scale multi-species impacts that are harmful,” said Dr Nick Isaac, a co-author of the new paper told BBC.

“Neonicotinoids are harmful, we can be very confident about that and our mean correlation is three times more negative for foragers than for non-foragers.”

Ultimately, the researchers found mini-extinction events were three times more common in bees that foraged on the pesticide-laced rape crops than in those that didn’t. Like other studies that preceded the paper published in Nature Communications, it’s impossible to say for sure that the neonicotinoids are responsible for CCD, but the link is there and it’s pretty strong. And unlike previous studies, the current one looked at data from the field, not collected in labs.

Bayer Crop Science, a major manufacturer of neonicotinoid pesticides, was quick to take note of the study and issued a statement for the Washington Post saying:

“The authors chose to investigate only one potential factor, namely neonicotinoid insecticides,” the statement said. “This was chosen out of many different factors which may have an influence on the development of wild bees, for example landscape structures, climatic conditions, availability of specific foraging plants and nesting habitats. It is a well-known fact that the structure of agricultural landscapes in large parts of Europe has changed substantially in the last decades. The area of landscape structures available for nesting or foraging, especially for specialized species, has significantly declined, resulting in fewer habitats for pollinators.”

While Bayer seems to allude to science-based facts like the that indeed climate change and habitat destruction also contribute to CCD, the fact that the company doesn’t acknowledge how its business is affecting bees around the world is disheartening.

Since 2013, the European Union has banned the use of neonicotinoids, though some pesticides belonging to the class are still in use in the United Kingdom. The restrictions on chemicals like thiamethoxam, clothianidin and imidacloprid could be rolled back in early 2017 if a review currently in the works by the European Food Safety Authority (Efsa) decides so. Mounting scientific evidence as well as two million petitioners initially led to the restrictions all around the EU, but the pesticide industry has heavily lobbied since, arguing that the ban costs farmers hundreds of millions and is unnecessary for bees. In the United States, there are currently no restrictions for neonicotinoids, despite the EPA has acknowledged the risks these pose to pollinators.