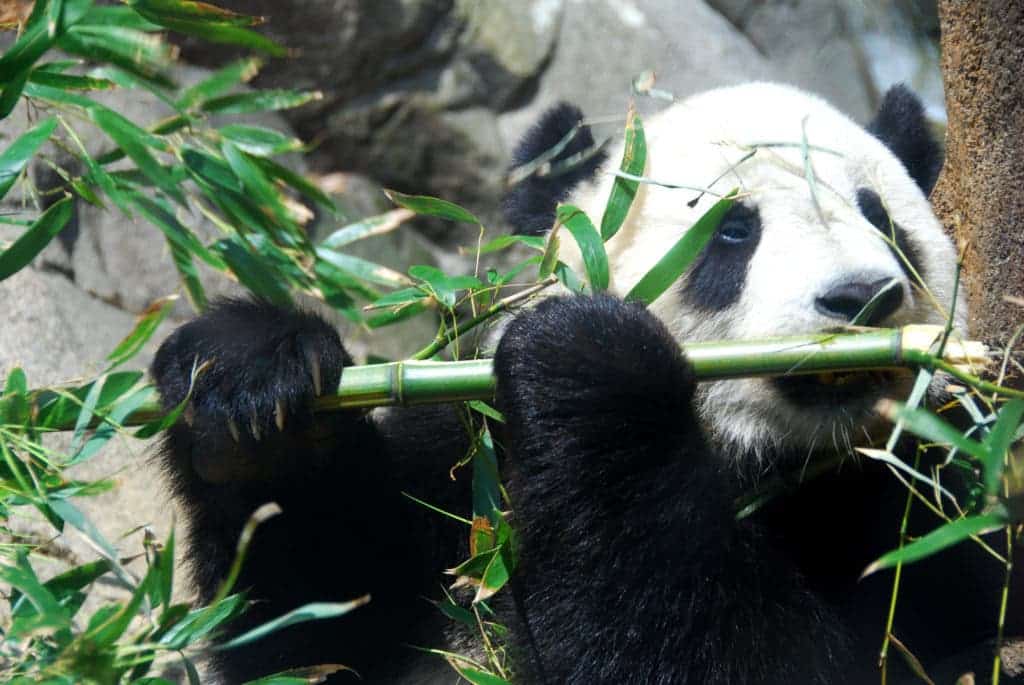 Humans have pushed countless species to the brink of extinction and beyond, but we’re also capable of nurturing wildlife. Case in point, the Giant Panda — China’s national animal — has been delisted as ‘endangered’ from the  International Union for Conservation of Nature (IUCN) Red List thanks to conservation efforts.

Being so adorable, the Giant Panda has a superstar status in the animal kingdom. Yet, like lions or elephants, being a popular wildlife species doesn’t necessarily come with perks. Human expansion through deforestation, farming, and urbanization has made the forests pandas in China call home smaller and smaller, making food and mates harder to find.

Bamboo is a panda’s favorite treat, and when they’re awake they basically eat it all day. But even when a bamboo forest is spared, pandas still run into trouble if their habitat is encircled by farmland and settlements. Bamboo naturally dies off periodically, so pandas have to migrate to a nearby bamboo forest. This isn’t possible if the habitat is fragmented and many pandas die with the bamboo.

Besides habitat destruction, historically speaking, pandas have also been the target of poaching. Coupled with the fact that pandas are notoriously hard to breed in captivity (a female is only fertile 24 to 36 hours in a whole year), it’s not surprising to hear that pandas eventually became seriously endangered.

The Chinese government has learned, however, from its passed mistake and has taken its role as a steward of the Giant Pandas very seriously. There are special protected panda reserves, poachers face severe penalties and conservationists work around the clock during the brief mating season to breed captive pandas.

Now, the number of giant pandas is around 2,060, according to the most recent surveys, prompting the IUCN to re-schedule the giant panda as ‘vulnerable’.

“When push comes to shove, the Chinese have done a really good job with pandas,” John Robinson, a primatologist and chief conservation officer at the Wildlife Conservation Society, told the AFP.

“So few species are actually downlisted, it really is a reflection of the success of conservation,” he added.

Critics argue that we shouldn’t rest on our laurels. Studies suggest climate change threatens to wipe out a third of the pandas’ bamboo habitat over the next 80 years. Moreover, today’s good news is offset by a parallel announcement from the IUCN which listed another iconic animal and the world’s largest primate, the eastern gorilla, as endangered. A mere 5,000 eastern gorillas are alive today following a surge in poaching, or 70 percent fewer than two decades ago. Today four out of the six great apes are now endangered:  the eastern gorilla, western gorilla, Bornean orangutan and Sumatran orangutan.