In the summer, if you keep your light on and window open you are almost guaranteed to get some fluttering visitors. Moths, in particular, are notorious for being attracted to light, but what lures them in? Surprisingly, the exact reason as to why moths are attracted to light has not been definitively answered and there are not a lot of hard facts. However, there are a number of theories as to why moths are “drawn to the flame”.

Guided by the moon

The most prominent theory is that of transverse orientation. In simpler words, the moths may keep a fixed angle with the moon and the stars to orient themselves so that they fly in a straight line. This is a similar technique to humans using the North Star to navigate. However, this strategy only works when the light source is very far away. An artificial light seems brighter than the moon and could be mistaken for it. However, it is not far enough away to navigate by, which results in a spiral towards the light as the moth tries to keep a constant reference to it.

While light from the moon and stars is seen parallel by insects, light from a lamp radiates all around — and this can cause some obvious problems. First and foremost, moths will find themselves circling the light source in endless loops as they attempt to follow the light on one hand, while feeling the need to escape wind plume disturbances, on the other hand.

Because most flying animals tend to keep the lit sky above them so they don’t fly upside down, lamp-attracted insects will tend to dip down when closing in on an artificial light source that they may confuse with the skylight. This propensity is exploited by moth traps, which are designed to be placed around lamps at just the right distance to catch spiraling moths and send them down a collecting funnel into the trap.

Moths evolved when the strongest lights were emitted by celestial bodies so it could make sense that they don’t know how to deal with artificial light. However, it has not been proven that moths actually use transverse orientation to navigate, and if they did it would probably be just the migratory species using it, not the vast majority of small moths. 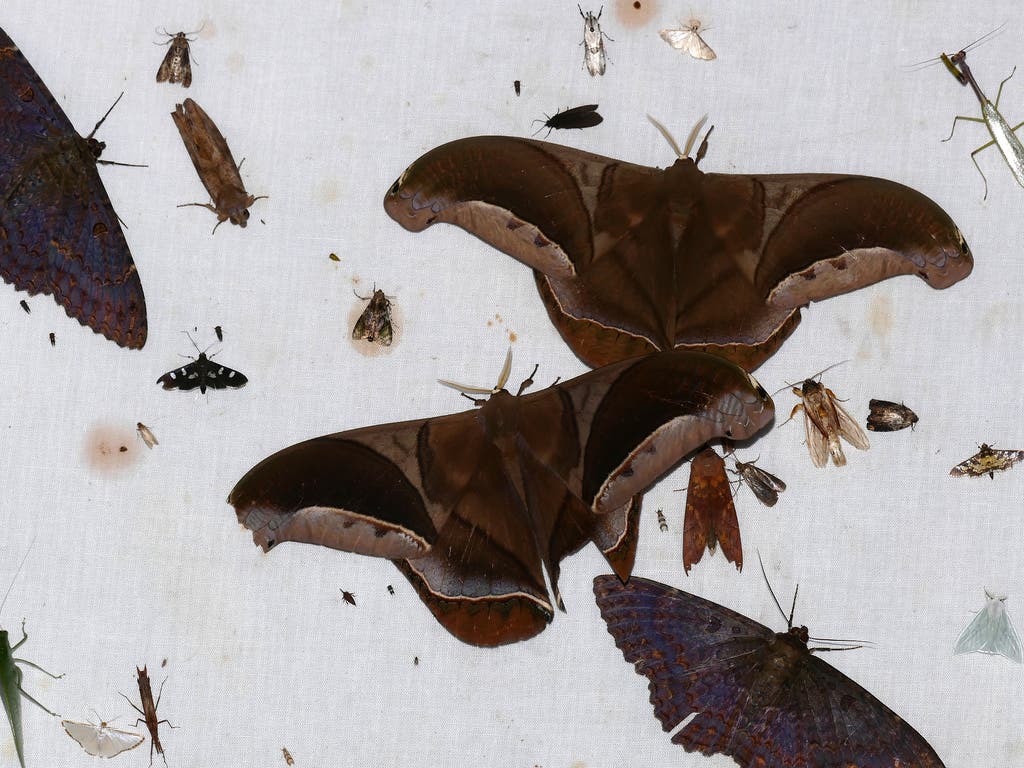 Researchers use light cones to attract moths in order to study them. Image credits: Bernard Dupont.

In the 1970s, the entomologist Philip Callahan, who worked for the U.S. Department of Agriculture, discovered that lit candles emit an infrared light spectrum that is the same frequency as a female moth pheromone (he also discovered that these pheromones glow). So basically, the male moths would think that the flame is a female and die trying to mate with the flame. However, moths are even more attracted to UV than infrared light so this theory would not adequately explain the attraction to light — UV light does not have the same frequency as moth pheromones.

However, flower nectar does reflect UV light, and the moths’ visual system allows them to see in the UV range. Since many moths feed on nectar during the night, perhaps they are attracted to light because it could reveal a meal? Alas, moths use other ways to find food, such as detecting high levels of CO2 from the flower that can inform a moth about the presence of nectar in a flower.

A final theory is that moths are confused because they actually want to reach the darkest point next to the light. The reason for this is that contrast makes a color difference look the sharpest due to “Mach bands”. So, next to a bright light, the dark spot nearby looks even darker. Dr. Henry Hsiao published in 1973 that moths in his experiments did not spiral into or fly directly at a light source, but instead flew into the region next to the lamps. It could be that they see a darker area next to the lamp due to the high contrast and fly there to try to escape the light. 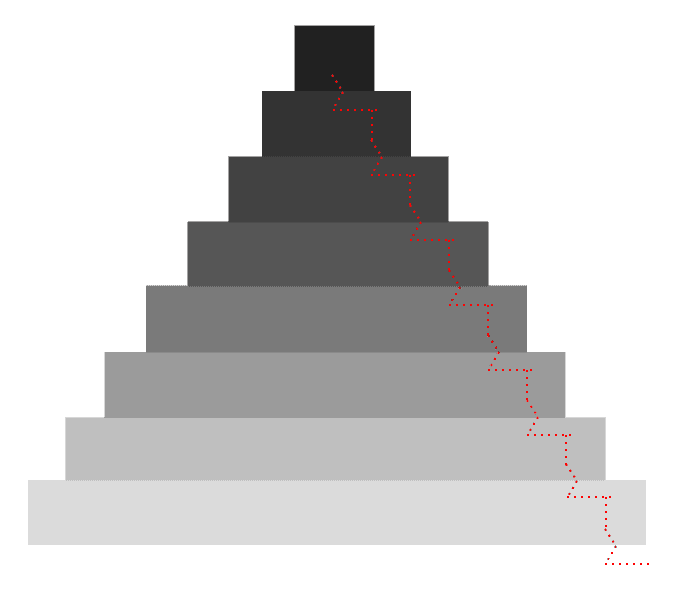 Once they have reached a light, the moths might stay close to it for two reasons. Firstly, they may have tired themselves out and need to rest. Secondly, the brightness of the light might spark them to respond as they do to sunlight, which is to hide or become inactive.

Although we don’t know very much about why moths are attracted to light, we do know how far this attraction works. If you have a light on your porch on, you will attract moths that are up to 23 meters away. At least that is what Franz Hölker and his research group discovered in their experiments in one of Germany’s darkest areas in Westhavelland (known as an international “dark sky reserve”, also a haven for stargazers), 70 kilometers north west from Berlin. They found light to act like a vacuum cleaner in bringing all the moths in this radius to the light.

Artificial lighting can cause moths, and other insects, to waste time and energy. This can be particularly problematic for migrating species, for which timing is of the utmost importance. It can also lead to the insect’s death, by exhausting its energy reserves, being killed by humans, or by the heat of the light source.

Somehow light confuses moths, though it is unclear exactly why. Most of the research on this matter is older, and new technology would surely help to shed light on this question. Hopefully, researchers will renew this interest in this question to help settle it once and for all.