It’s a dog eat dog out there, and any advantage you can get is more than welcome – as strange as it may be. According to a research published in Biology Letters on 3 July, Hawk moths create an ultrasonic noise that could be used to scare off an attacking bat and to jam the bat’s sonar. 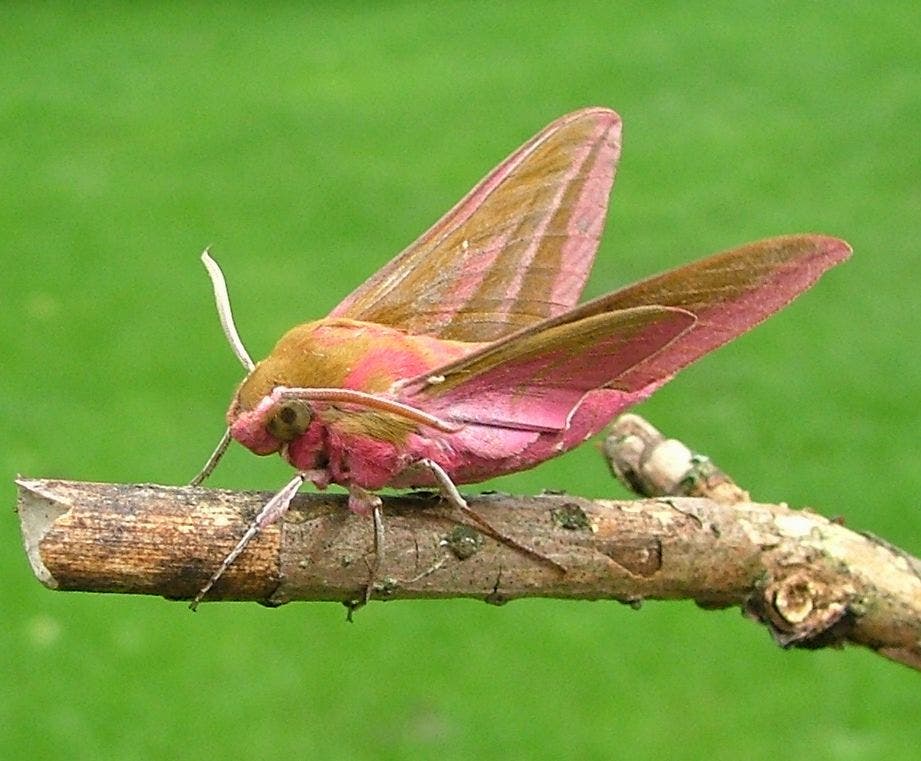 Radar jamming is by now a very common technique in human warfare, but not really often seen in the animal world. It’s well known that bets rely on ultrasonic echolocation to get around and find prey – but their prey has adapted as well. Several species of moths have developed ways of hearing this echolocation and, as this study shows – even counter it.

Researchers at Boise State University and the Florida Museum of Natural History pre-recorded the bats’ attack sequence, and then studied what Hawk moths did when they heard this sound. What they did was quite surprising: they created an ultrasonic response by rubbing their genitals against their abdomens; both male and female members did this, albeit using different techniques. They also created the sound when touched. Three species have exhibited this behaviour: Cechenena lineosa, Theretra boisduvalii and Theretra nessus.

“The […] anti-bat ultrasound production in hawkmoths […] might play a similar role as in tiger moths — to startle, warn of chemical defense or jam biosonar,” write the authors, Jesse Barber and Akito Kawahara.

Interestingly enough, moths only exhibited this behaviour near the end of the bat attack sequence, suggesting that this is probably their last line of defense – a last minute “pocket strategy” against their predators.