Sharks are some of nature’s most able swimmers. Now, American researchers have revealed one of the secrets that enable the shortfin mako to swim faster than any other shark on Earth. It’s all in the scales, according to a study published in the Journal of the Royal Society Interface. 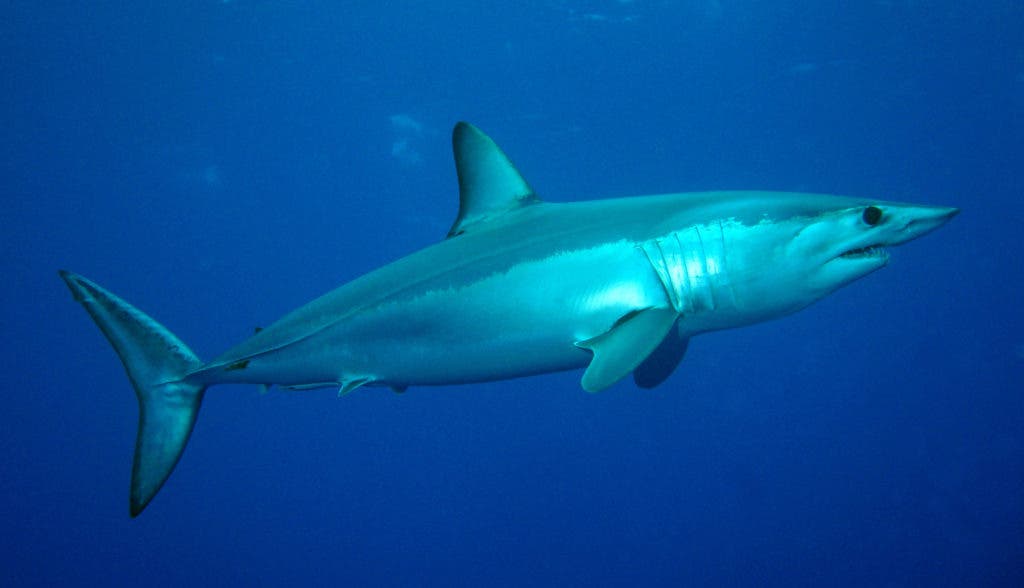 Shortfin mako sharks (Isurus oxyrinchus) are not only beautiful, but they’re also believed to be the fastest-swimming sharks in the ocean. They zip through the water at lightning speed, and in short bursts can swim up to 44 miles per hour. Moreover, these sharks are famous for making spectacular leaps of up to six meters out of the water.

This extraordinary prowess can be explained by the shark’s high tail which it uses to produce maximum thrust, propelling it forward in extreme bursts of speed. Its streamlined body is also built for optimum speed underwater, featuring a distinct crescent-shaped caudal fin and a long, conical snout.

But that’s not all, as Harvard University and University of South Carolina researchers recently found out. The team used micro-CT scanning to image even the tiniest features on the shark’s surface. This allowed them to model the denticles (scales) of the shark in three dimensions.

“The skin of sharks is covered by thousands and thousands of small scales, or denticles, which vary in shape and size around the body,” said George Lauder, a Professor at Harvard and co-author of the research.  “We know a lot about the structure of these denticles — which are very similar to human teeth — but the function has been debated.”

The tooth-like scales of the mako shark were previously thought to have drag-reducing properties. However, this new study suggests that, in fact, they’re more suited for creating lift. 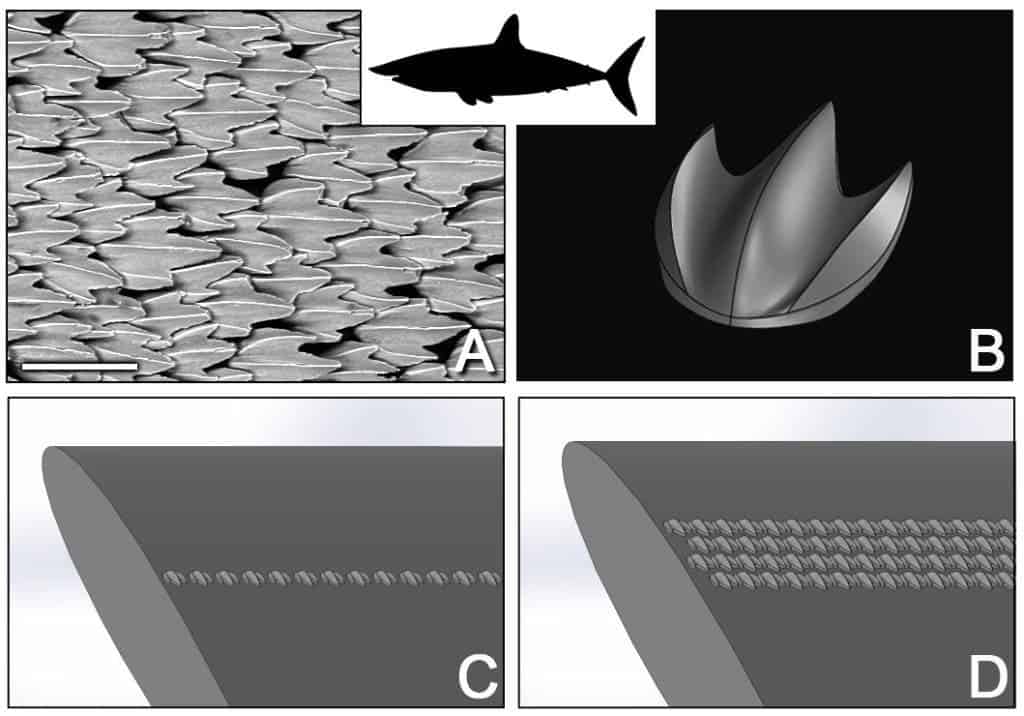 Environmental scanning electron microscope image of denticles from the shortfin mako shark (a) and of the parametric 3D model (b). These denticles were arranged in a wide range of different configurations on an aerofoil, two examples of which are shown here (c,d ). Credit: Harvard University.

To measure the lift effect, the team 3-D printed the denticles with trident-like ridges on the surface of an airfoil — a curved aerodynamic cross-section. Overall, over 20 different configurations of denticle size and row positions were tested on airfoils inside a water flow tank. The experiments revealed that the 3-D printed denticle-shaped structures enhanced lift, acting like vortex generators.

Vortex generators are common in most cars and aircraft, but these typically have a blade-like design. The mako shark-inspired design, however, proved to be far superior.

The researchers imagine seeing the design implemented in the next-generation of wind turbines and aircraft. From shark scales to high-power vortex generators — now that’s something!