In almost all mammals, the babies develop inside the mother before they are born, a process we all know as gestation. Outside mammals, though, live baby birth is quite rare, especially among insects. That’s why everybody got excited by the discovery of a new long-horn beetle species which uses ovoviviparity — a reproductory mode in which females hatch eggs inside the body. 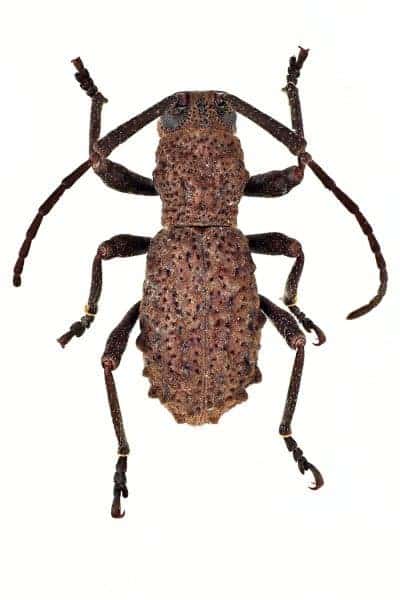 This is a male specimen of the new long-horned beetle species. Credit: Radim Gabriš

The Long-horn beetle (Cerambycidae) family is one of the largest out there with 35,000 beetles all over the world. Now, a team of researchers from the Czech Republic has made a couple of new additions to the family having discovered a couple of elusive species from the mountains of northern Borneo.

“We studied the diversity of the rarely collected wingless long-horned beetles from Borneo, which is one of the major biodiversity hotspots in the world,” says main author and PhD student Radim Gabriš. “The mountains of northern Borneo, in particular, host a large number of endemic organisms.”

These strange wingless beetles had been reported before by scientists over 60 years ago, but since then not much interest has been given. That’s too bad, because when Gabriš and colleagues dissected some museum specimens they found two females contained  large larvae inside their bodies.

That was striking because most insects are  oviparous, meaning females lay eggs and the embryonic development occurs outside the female’s body. Ovoviviparous species are similar to viviparous species, which among other includes humans, but differ in that there is no placental connection and the unborn young are nourished by egg yolk.

Scientists know  a few lineages of the related leaf beetles are ovoviviparous, but the newly described genera, Borneostyrax, is the first such example from the long-horn beetle family, as reported in ZooKeys. 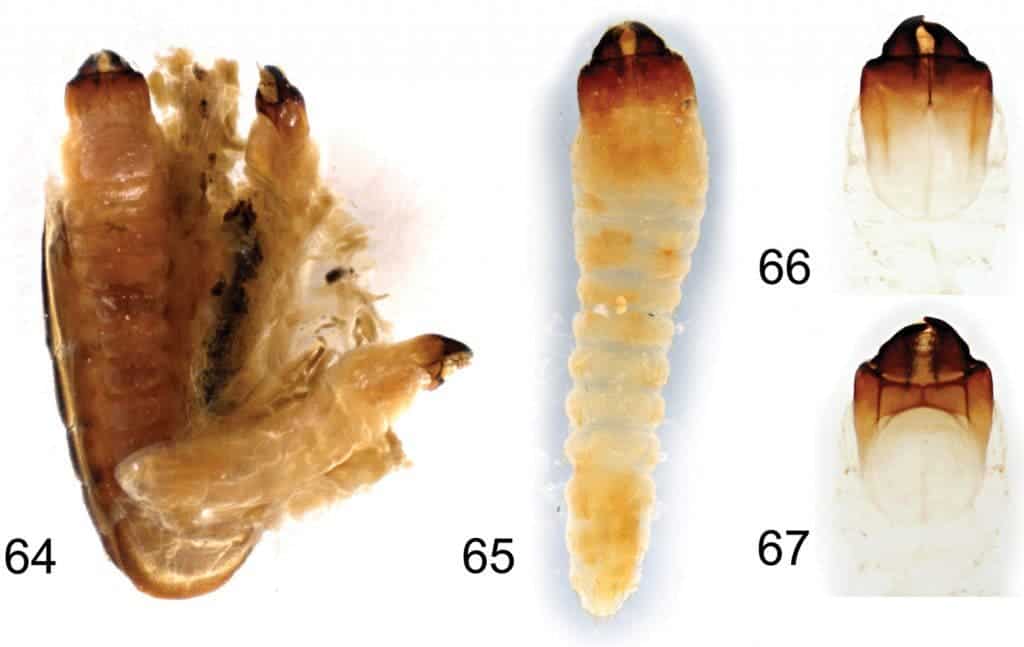 The region where these were originally found is host to a great deal of biodiversity, and given how poorly researched the area is, the Czech researchers suggest ovoviviparous beetles are more common than some think. You just have to turn the right rocks, maybe.

The most famous ovoviviparous species are sharks, but we know it happens in lizards, fish, snakes and, of course, insects.  One of the most extreme examples is the very rare (and some say extinct) gastricbrooding frog (Rheobatrachus silus). This wacky Australian frog likely fertilizes its eggs externally, then swallows them and retains them in the stomach. Inside the female’s stomach, the eggs hatch and the embryos develop over a 37-day period. At the end of this period, the small froglets are “born” through the female’s mouth. As if that wasn’t weird enough, the froglets are morphologically identical to the adult, looking identical except for size. Few species have this ability, and for good reason too. Imagine what it’d be like starving yourself for 37-days (the female also suppresses stomach acids and digestive enzymes to avoid digesting its own young).

Aaand, if you’re curious how an ovoviviparous birth looks like check out this intense Tsetse fly.