Animals are incredible! There are millions of animal species and they are fascinatingly diverse. Some can fly, swim, or run, and others can crawl, wriggle, or contract to move. Some are massive and others are so tiny that you need a microscope to see them. Some animals have bones and organs like us, some have bodies that are organized in a completely different way. You could find at least one interesting fact about every single animal, but here are just a few facts that are really fascinating.

1. Over 95% of all animal species are invertebrates.

There are 1.2 million animal species discovered on this planet and more than 95% of them do not have vertebral column like us (that’s 1.14 million inverts!). Insects, spiders, worms, starfish, mollusks, and crabs all fall into this category. Invertebrates are incredibly diverse and occur in huge numbers. If you think just of mites (one group out of many invertebrate groups), there are more different species than all of the vertebrate species combined. Only a tiny fraction of living animals are the large vertebrates that we know so well, like birds, snakes, cats, fish…. 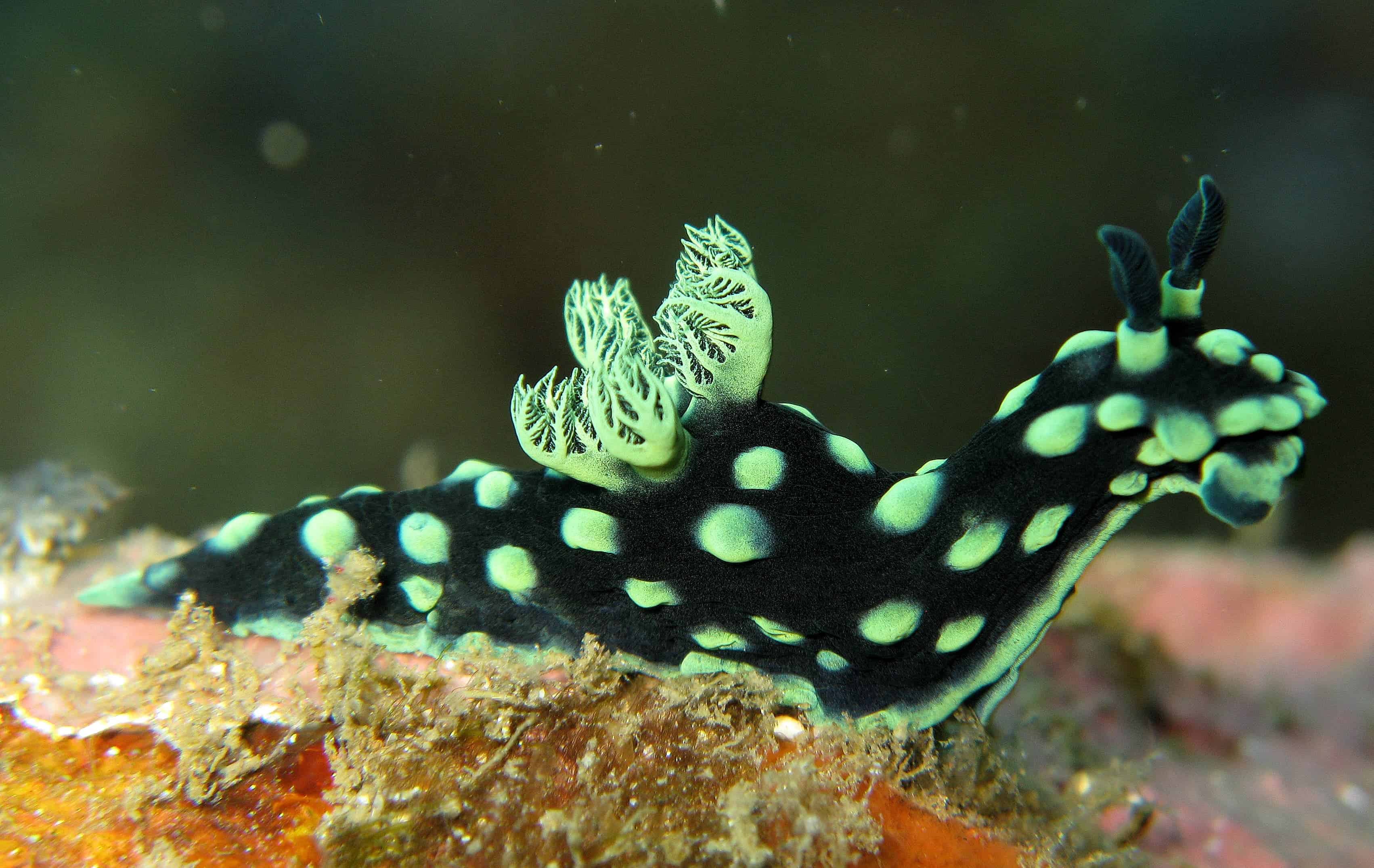 Invertebrates can be cute too! Image credits: Steve Childs

2. There’s a huge difference between the world’s largest and smallest animals.

While the largest animal on earth is a vertebrate, invertebrates dominate the microscopic world. The largest animal is the blue whale at 30m long (longer than a basketball court) and the smallest animals are rotifers, which are plankton that can be as small is 0.05 mm (not visible to the human eye). Rotifers are 154 times smaller than the smallest vertebrate which is the tropical frog Paedophryne amauensis (and is about the size of a housefly).

A blue whale compared to a human and a dolphin. Image credits: T. Bjornstad

3. Some animals are only female and give “virgin birth”.

Over 70 vertebrate animal species can give birth without fertilization, such as Komodo dragons, hammerhead sharks, lizards, snakes, and sawfish (although most of these also have males fertilizing eggs). Females lay unfertilized eggs that contain only their genetic material. An advantage is that when it’s hard to find a mate, these animals can still produce offspring. A big disadvantage is that the DNA comes only from the females so the species can become in-bred and susceptible to diseases and mutations.

However, there are a few cases where being female is stable and the only option. Whiptail lizards are only female. These lizards escape becoming in-bred by starting with twice as many chromosomes and recombining their sister chromosomes, which maintains genetic diversity. Spider mites are infected with a bacteria that converts their offspring into females. The bacteria can be passed to offspring in eggs but not in sperm so it maintains this female-only species to its own benefit. 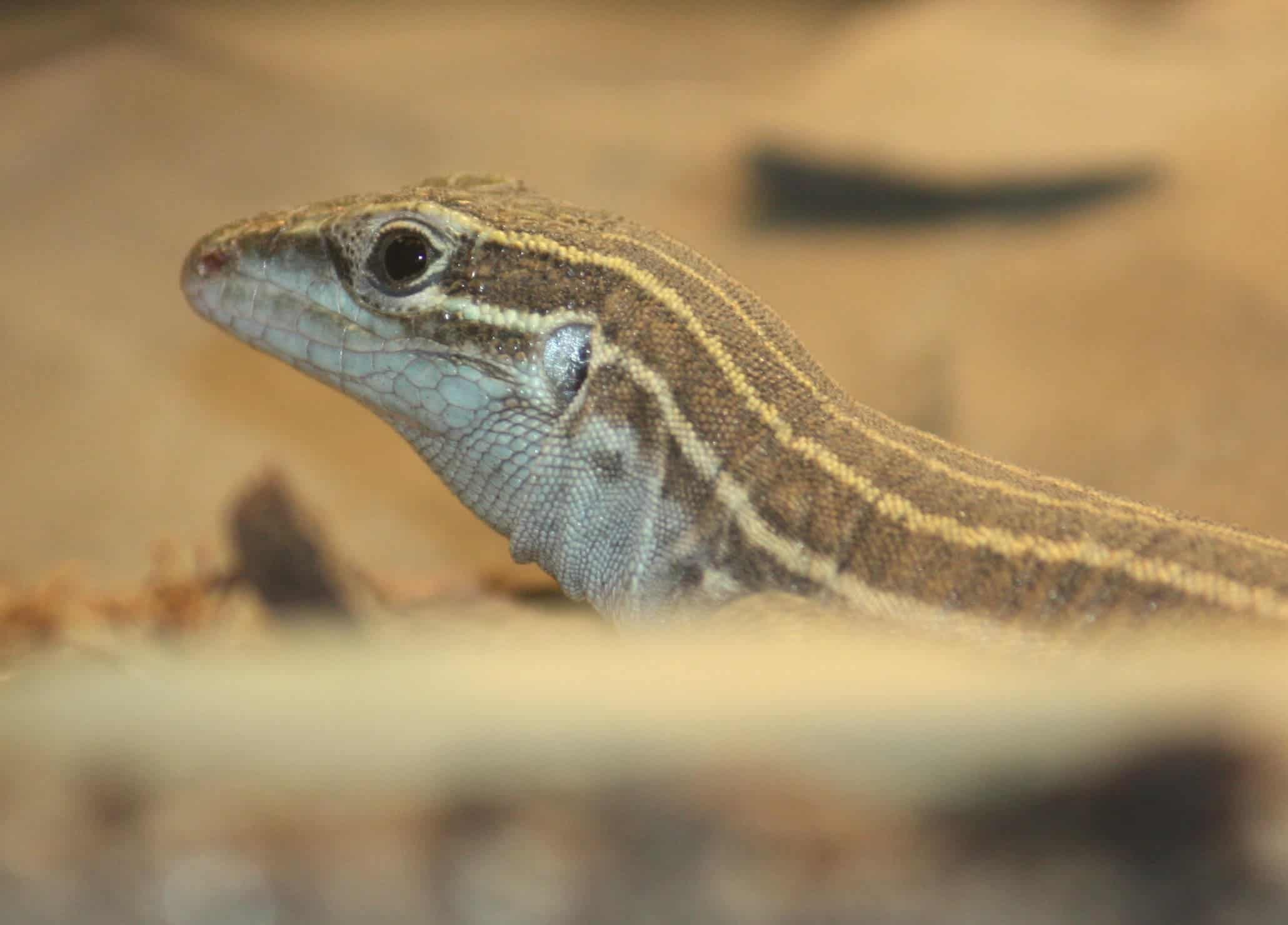 4. Octopuses and hagfish have more than one heart! 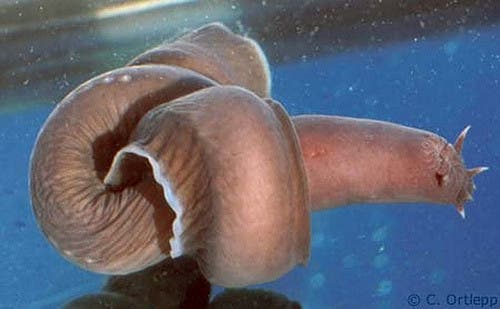 Hagfish might not be pretty, but they have heart. Image credits: Justin

Bioluminescence is the ability of a living creature to produce light. We know that it has evolved separate times because it is produced in many ways, such as with the enzyme luciferase and endosymbiotic bacteria. Bioluminescence is produced by fireflies, glow worms, mollusks, centipedes, deep sea fish, and krill.The purpose can be to attract mates, warn or confuse predators, attract prey, camouflage, or to appear larger. Most of these animals live in the deep sea, beyond the reach of the sun’s rays. Bioluminescence has evolved so many times in this deep environment because it provides a huge advantage in finding prey and mates when it is pitch black. 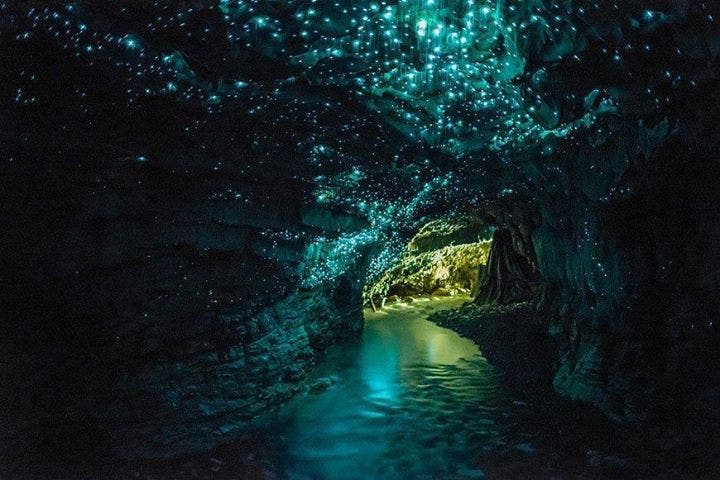 Their cells age at a negligible rate and theoretically these animals would live forever or a really really long time if they didn’t get eaten or a disease. They can still die, of course, but even if they are many years old, their cells look about the same as those of a young animal. One example is the immortal jellyfish which can cycle perpetually between its “child” and “adult” forms. The FoxO gene is responsible for this perpetual youth (hey why doesn’t someone make an anti-aging cream out of that). American lobsters never stop growing as adults and even adults can regenerate a lost limb. Their chromosomes have tips that protect their DNA. The mollusk ocean quahog has been found to be up to 507 years old. They have cell membranes that resist cell damage to keep their cells looking young. 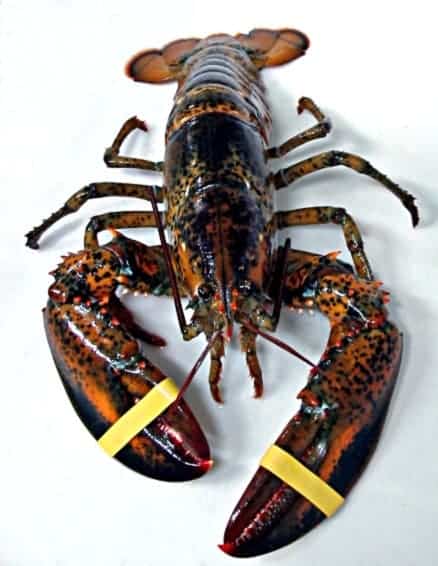 At least 80% of all of the animal species in the world have not yet been discovered. At the pace we’re going, it will be another 480 years before the estimated 8.7 million species on earth are discovered. It is true that most land mammals have already been discovered, but there are so many species to be found in the vast oceans and in tropical forests. If you net insects in a tropical forest, you may find lots of new species. On land, most of the species that have not been discovered (or classified) are insects or arachnids. 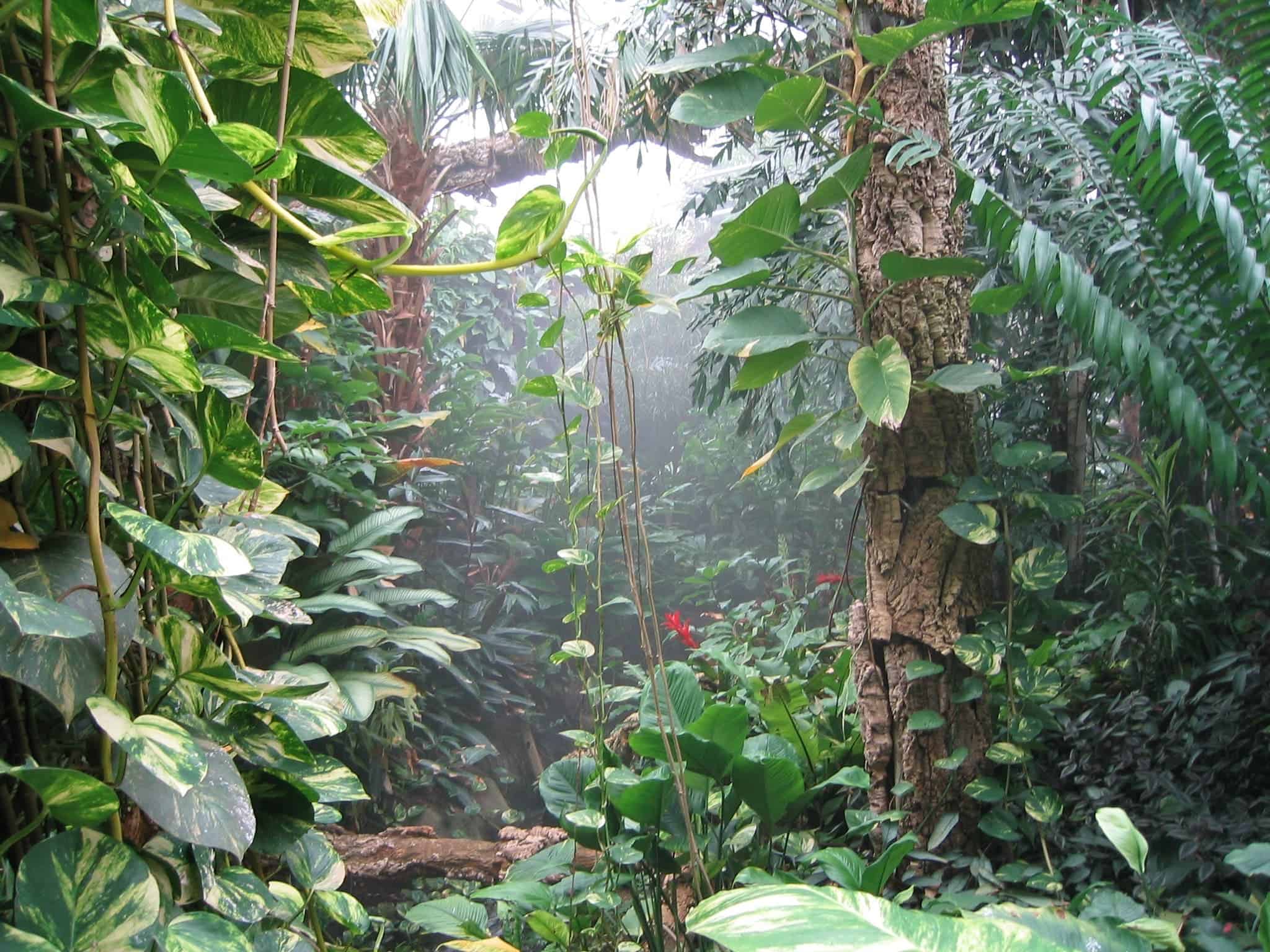 8. African elephants have the longest pregnancy.

Their pregnancy takes 22 months— that’s almost 2 years! Baby elephants are born very developed; they look like miniatures of their parents and can walk shortly after being born. At the other end of the spectrum, some opossums are pregnant for the shortest time of any animal— only 12 to 13 days. However as opossums are marsupials their babies are born immature and have to spend some time in their mother’s pouch to complete their development. 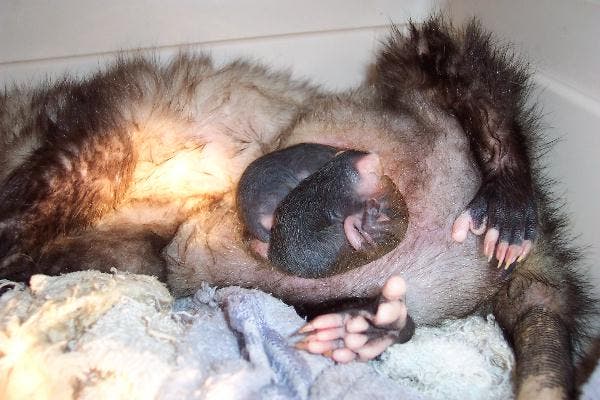 9. Dolphins and whales were land animals that evolved back to the ocean.

Whales and dolphins evolved from a land carnivore which then evolved a crocodile-like skull and webbed feet and finally became completely aquatic. Their land ancestor, the pakicetus, likely spent most of its time in the water or near its edge. This transition happened 250 million years after animals first inhabited land. They weren’t happy enough on land so they went back into the sea. Actually, they likely switched back to the marine habitat because it was a niche with plenty of food and other resources. Of all animals alive now, whales and dolphins are the most closely related to hippos. Antelope, pigs, and deer are also closely related— they share similar bone structures.

The pakicetus is actually an ancestor of whales! It lived 50 million years ago near the ocean. Image credits: Nobu Tamura

10. Water bears can survive being in outer space!

Tardigrades, known as water bears for their bear-like appearance, are less than a millimeter long. And they can survive almost anything! Temperatures between -272 and 150°C are not a problem. They can survive pressures greater than in the deepest part of the ocean and ionizing radiation. Tardigrades even can survive living in outer space. They need water to survive but when there is no water available they dry out so they have only 3% of their body water left. These little guys can survive like this for 30 years. When water arrives they rehydrate and go on to look for food and to reproduce like nothing ever happened. 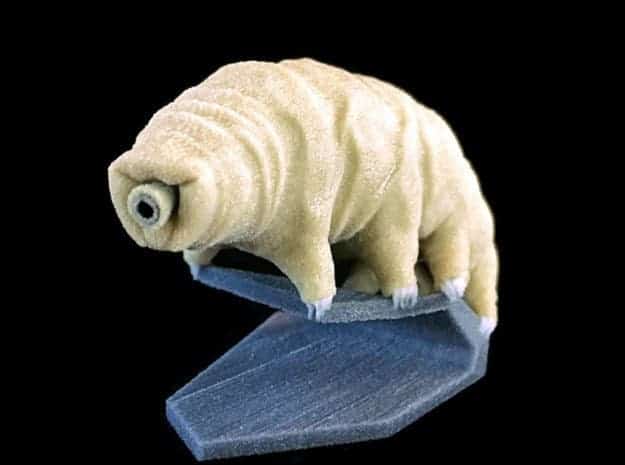 These facts are just the tip of the iceberg! Comment with the craziest animal fact that you know, and be sure to learn more about these fascinating creatures that share the earth with us.

2 thoughts on “10 fascinating facts about animals”