My research interests focus on how and where magmas evolve, from their mantle origins to explosive eruptions. My past research includes: an investigation of cinder cone plumbing systems and the differentiation and degassing of their magmas over time; storage, evolution, and gas fluxes of voluminous rhyolitic magmas in New Zealand; and subduction recycling as recorded by arc basalts in Mexico and the Cascade arc. 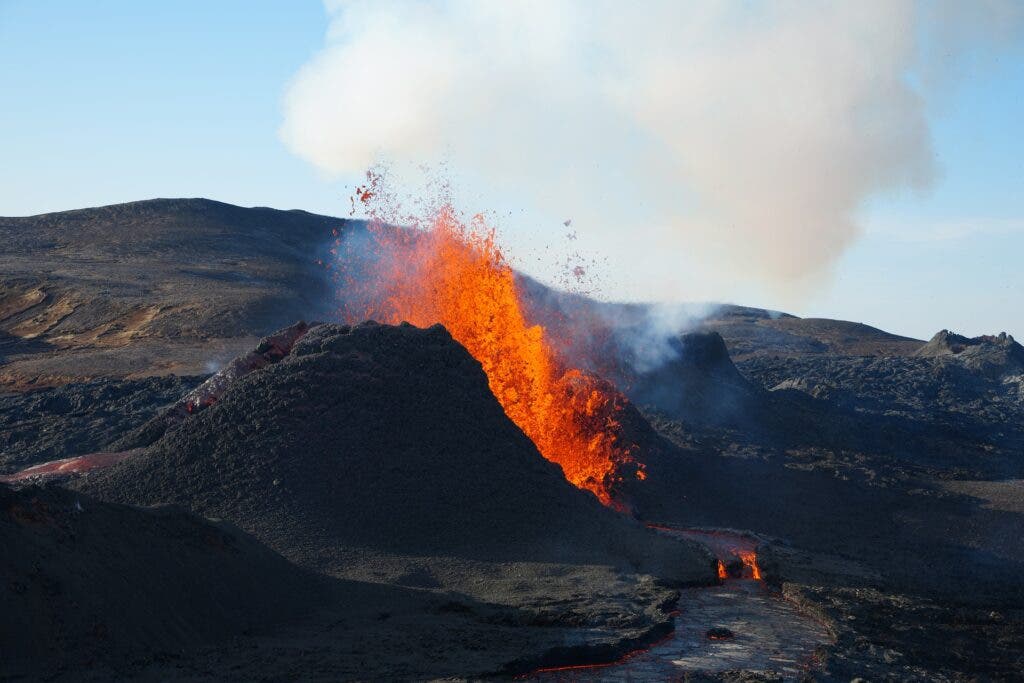 But not all lavas are the same temperature. The eruptions in Hawaii produce a type of lava called basalt. Basalt is much hotter and more fluid than the lavas that erupt at other volcanoes, like the thicker dacite lava that erupts at Mount St. Helens in Washington state. For example, the 2004-2008 eruption at Mount St. Helens produced a lava dome with surface temperatures less than about 1,300 F (704 C). 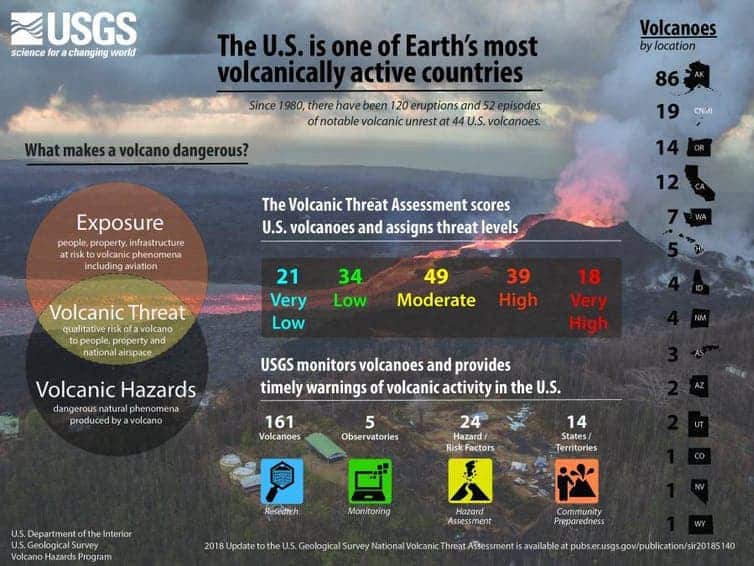 There are 161 volcanoes in 14 U.S. states and territories. Scientists monitor them and warn nearby communities if they see signs that a volcano may erupt. USGS

Beyond temperature, there are other good reasons not to burn our trash in volcanoes. First, although lava at 2,000 degrees F can melt many materials in our trash – including food scraps, paper, plastics, glass and some metals – it’s not hot enough to melt many other common materials, including steel, nickel and iron.

Second, there aren’t many volcanoes on Earth that have lava lakes, or bowl-like craters full of lava, that we could dump trash into. Of all of the thousands of volcanoes on Earth, scientists know of only eight with active lava lakes. They include Kilauea, Mount Erebus in Antarctica and Nyiragongo in the Democratic Republic of the Congo. Most active volcanoes have craters filled with rocks and cooled lava, like Mount St. Helens, or with water, like Crater Lake in Oregon.

The third problem is that dumping trash into those eight active lava lakes would be a very dangerous job. Lava lakes are covered with a crust of cooling lava, but just below that crust they are molten and intensely hot. If rocks or other materials fall onto the surface of a lava lake, they will break the crust, disrupt the underlying lava and cause an explosion.

This happened at Kilauea in 2015: Blocks of rock from the crater rim fell into the lava lake and caused a big explosion that ejected rocks and lava up and out of the crater. Anyone who threw garbage into a lava lake would have to run away and dodge flaming garbage and lava.

Suppose it was possible to dump trash safely into a lava lake: What would happen to the trash? When plastics, garbage and metals burn, they release a lot of toxic gases. Volcanoes already give off tons of toxic gases, including sulfur, chlorine and carbon dioxide.

Sulfur gases can create acidic fog, which we call “vog,” for “volcanic fog.” It can kill plants and cause breathing problems for people nearby. Mixing these already-dangerous volcanic gases with other gases from burning our trash would make the resulting fumes even more harmful for people and plants near the volcano.

Finally, many indigenous communities view nearby volcanoes as sacred places. For example, Halema’uma’u crater at Kilauea is considered the home of Pele, the native Hawaiian goddess of fire, and the area around the crater is sacred to native Hawaiians. Throwing trash into volcanoes would be a huge insult to those cultures.

Emily Johnson, Research Geologist, US Geological Survey. This article is republished from The Conversation under a Creative Commons license. Read the original article.