Dr. Hudson is trained as a biochemist and the major themes of his research are vested in biochemistry and microbiology. More specifically, in the areas of amino acid metabolism, structural analyses of enzymes involved in amino acid and bacterial peptidoglycan metabolism, and the isolation, identification and genomic characterization of plant-associated bacteria. 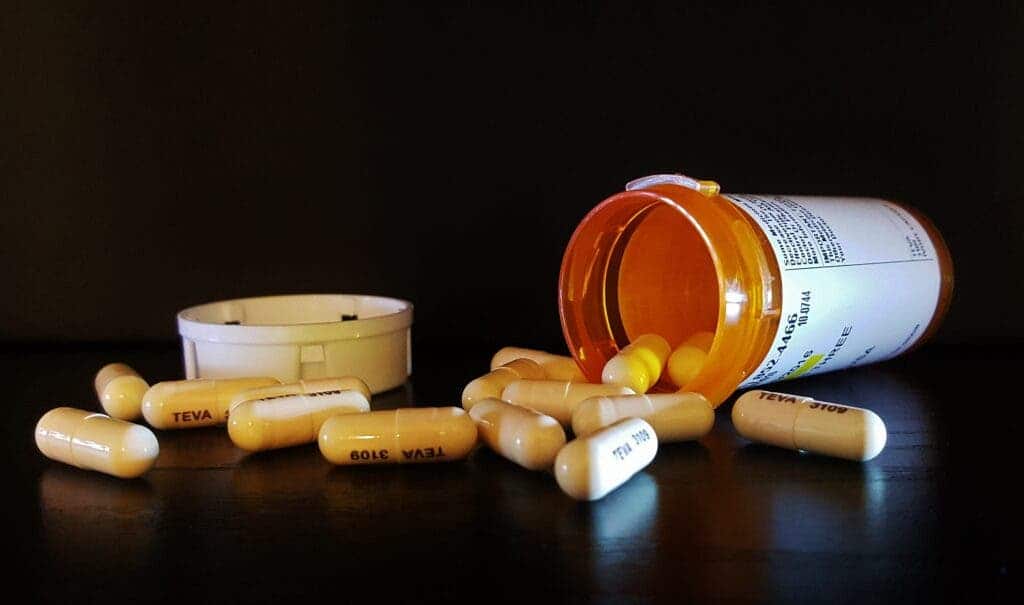 Antibiotic resistance poses one of the most important health challenges of the 21st century. And time has already run out to stop its dire consequences.

The rise of multidrug-resistant bacteria has already led to a significant increase in human disease and death. The U.S. Centers for Disease Control and Prevention estimates that approximately 2.8 million people worldwide are infected with antibiotic-resistant bacteria, accounting for 35,000 deaths each year in the U.S. and 700,000 deaths around the globe.

A 2019 joint report by the United Nations, World Health Organization and World Organization for Animal Health states that drug-resistant diseases could cause 10 million deaths each year by 2050 and force up to 24 million people into extreme poverty by 2030 if no action is taken. Superbugs are already able to evade all existing treatments – a 70-year-old woman from Nevada died in 2016 from a bacterial infection resistant to every available antibiotic in the U.S.

I am a biochemist and microbiologist who has been researching and teaching about antibiotic development and resistance over the past 20 years. I believe that solving this crisis requires more than just proper antibiotic use by doctors and patients. It also requires mutual investment and collaboration across industries and the government.

How do bacteria become resistant to drugs?

In order to survive, bacteria naturally evolve to become resistant to the drugs that kill them. They do this via two methods: genetic mutation and horizontal gene transfer.

Genetic mutation occurs when the bacteria’s DNA, or genetic material, randomly changes. If these changes let the bacteria evade an antibiotic that would have otherwise killed it, it will be able to survive and pass on this resistance when it reproduces. Over time, the proportion of resistant bacteria will increase as nonresistant bacteria are killed by the antibiotic. Eventually, the drug will no longer work on these bacteria because they all have the mutation for resistance.

The other method bacteria use is horizontal gene transfer. Here, one bacterium acquires resistance genes from another source, either through their environment or directly from another bacterium or bacterial virus. 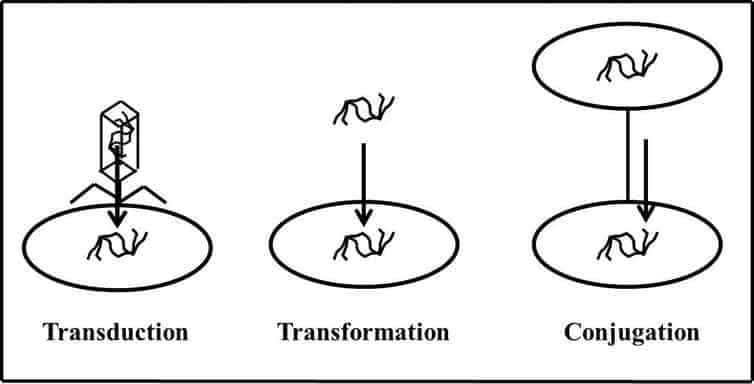 Bacteria can gain resistance via infection from a virus (transduction), picking it up from the environment (transformation) or direct transfer from other bacteria (conjugation). 2013MMG320B/Wikimedia Commons

But the antibiotic resistance crisis is largely anthropogenic, or human-made. Factors include the overuse and abuse of antibiotics, as well as a lack of regulations and enforcement pertaining to proper use. For example, doctors prescribing antibiotics for nonbacterial infections and patients not completing their prescribed course of treatment give bacteria the chance to evolve resistance.

There are also no regulations on antibiotic use in animal agriculture, including controlling leakage into the surrounding environment. Only recently has there been a push for more antibiotic oversight in agriculture in the U.S. As an October 2021 report by the National Academies of Sciences, Engineering and Medicine noted, antibiotic resistance is an issue that connects human, environmental and animal health. Effectively addressing one facet requires addressing the others.

One of the major reasons for the resistance crisis is the stalling of antibiotic development over the past 34 years. Scientists call this the antibiotic discovery void.

Researchers discovered the last class of highly effective antibiotics in 1987. Since then, no new antibiotics have made it out of the lab. This is partly because there was no financial incentive for the pharmaceutical industry to invest in further research and development. Antibiotics at the time were also effective at what they did. Unlike chronic diseases like hypertension and diabetes, bacterial infections don’t typically require ongoing treatment, and so have a lower return on investment.

Reversing this trend requires investment not just in drug development, but also in the basic research that allows scientists to understand how antibiotics and bacteria work in the first place.

Basic research focuses on advancing knowledge rather than developing interventions to solve a specific problem. It gives scientists the opportunity to ask new questions and think long-term about the natural world. A better understanding of the driving forces behind antibiotic resistance can lead to innovations in drug development and techniques to combat multidrug-resistant bacteria.

Basic science also provides opportunities to mentor the next generation of researchers tasked with solving problems like antibiotic resistance. By teaching students about the fundamental principles of science, basic scientists can train and inspire the future workforce with the passion, aptitude and competency to address problems that require scientific understanding to solve.

Many scientists agree that addressing antibiotic resistance requires more than just responsible use by individuals. The federal government, academia and pharmaceutical companies need to partner together in order to effectively tackle this crisis – what I call collaboration by triangulation.

The remaining two pillars involve financial and legislative support from the federal government. This includes enhancing research funding for academics and changing current policies and practices that impede, rather than offer, incentives for pharmaceutical company investment in antibiotic development.

To that end, a bipartisan bill proposed in June 2021, the Pioneering Antimicrobial Subscriptions to End Upsurging Resistance (PASTEUR) Act, aims to fill the discovery void. If passed into law, the bill would pay developers contractually agreed-upon amounts to research and develop antimicrobial drugs for a time period that ranges from five years up to the end of the patent.

I believe the passage of this act would be an important step in the right direction to address antibiotic resistance and the threat it poses to human health in the U.S. and around the globe. A monetary incentive to take up basic research around new ways to kill dangerous bacteria seems to me like the world’s best available option for emerging from the antibiotic resistance crisis.